The Ancient Origins of Plantation Shutters

The history of Plantation Shutters might seem to be pretty obvious if one only considers its name, however its origins are far more ancient and interesting than they first appear.

Imagine you’re living on an exposed turquoise coastline in a sub-tropical climate going about your daily chores, when the wind whips up and an almighty tropical storm rolls in blowing wind and debris straight into your glass-less windows. This was the problem facing the ancient Greeks in about 800 B.C. and they decided to solve it with non-adjustable marble shutters. Glass was quite expensive and difficult to source, so it was rarely used until more modern times. This style of shutter worked well in this Mediterranean climate allowing light and air in, while keeping out the elements

The Migration of Shutters Across Europe

Like the first shutters of Greece, early shutters were designed to shield the home from the 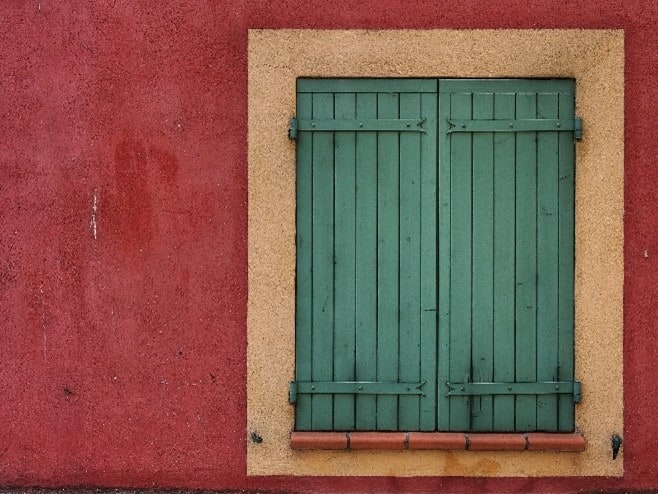 elements and to control light and airflow more than for their aesthetic.

Craftsmen started making shutters from wood about 500 years ago with fixed louvers and hinged panels for opening and closing becoming popular designs throughout Europe. In these medieval times solid shutter panels were used for providing protection from the weather and security. Many European countries have used them since then to retain or reduce heat in their homes.

Window shutters were also in vogue in England during the medieval period. The Victorians were fond of boxed shutter style panels, which were solid and folded back into a box at each side of the window when not in use.  The shaker style solid wooden shutter suits this style of window, and of course will provide insulating properties to reduce heat loss and noise pollution.

The evolution of Shutters

In Tudor times, shutters were changed to be made out of wood, making them much easier to open and close. Over the centuries, the style of window shutters has changed to become more decorative as glass became more accessible and popular from around the 18th century.

While still vastly different from the shutters we know today, Tudor style shutters were made from solid timber panels. These panels were secured to the inside wall and folded back to be flush with the internal wall when the window needed to be open. Once closed the wooden panels were secured with a mental bar of large piece of wood for security.

Wealthier families who could afford glass often had glass panels at the top of each window to allow light in without the shutter having to be opened. The bottom half of the window would still be a large wooden shutter. Today this style window furnishing is referred to as cafe style plantation shutters.

As England, Spain and France became more powerful and their influence spread across the globe, so too did window shutters with the Spanish first introducing plantation shutters to the southern states of America and beyond. Unsurprisingly, the lasting ‘plantation shutter’ name evolved as they were commonly found in the mansions on the cotton or sugar plantations.

The design changed once again to suit the climate of Southern America and the architectural style preferences of the cotton farmers. These shutters often had larger louvers, and were white, while the narrower louvered versions are said to be influenced by English colonisation and used in other parts of America. The term ‘plantation shutter’ has survived over the centuries and spanned the globe – many companies still use this description today.

Shutters rose in popularity and even became an important royal accessory when Ling Louis XIV of France insisted on their presence in his residence.

One urban legend claims that King Louis XIV had the revolutionary shutters installed so that he could watch the women of his court bathe, while the guards roaming the grounds would not become ‘distracted’. Another story claims that he had them installed so that the women could to nap comfortably without blocking air circulation and to allow the cooks to control the sunlight from heating up the kitchen.

Another tail claims that the original Peeping Tom was caught peeping through a plantation shutter at Lady Godiva, who rode naked through the streets as a protest, while the other townsfolk averted their eyes. (hmmm…??) 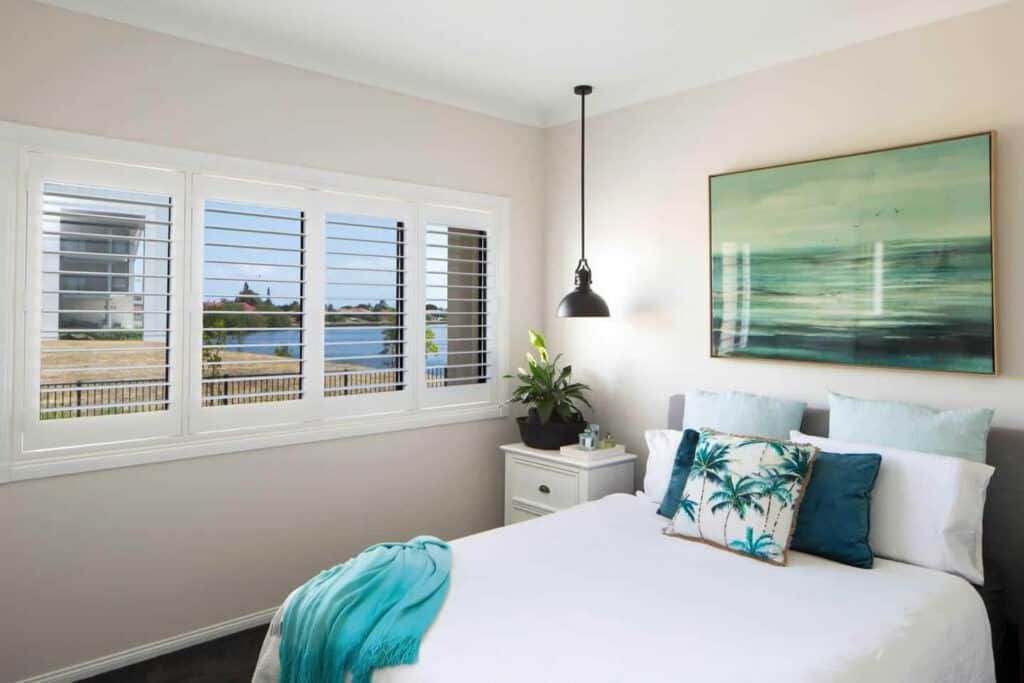 What Makes Plantation Shutters So Popular These Days?

Plantation shutters are incredibly customisable, especially when they are made locally to your home’s specifications. You can get plantation shutters that are fixed, hinged or sliding style shutters, which are available in a range of colours to suit your home aesthetic.

All shutters are highly durable and resistant to Australia’s harsh weather, like sun exposure, humidity, thunderstorms, wind and rain. This makes them suitable for a broad range of outdoor and indoor uses.

Plantation shutters are one of the most energy efficient window coverings you can install, as they are designed to make your home cooler during summer and warmer during winter.

The luxurious and elegant style of Plantation Shutters can help improve your property’s curb appeal and help increase property value of your home.

The option of security shutters is an appealing option for homeowners who don’t want to compromise on security and curb appeal. They are also ideal for families with young children concerned about safety, as there are no cords or other dangly bits that could pose a risk to their safety.

What Are the Main Advantages of Shutters?

The main advantages of shutters is that they maximise the best possible air flow in a room. This is especially beneficial in tropical and warm climates and one of the main reasons why they have historically been popular in hotter areas.

The wider slats allow plenty of room for air and light and before the electricity and climate control was invented people had to rely on built materials like shutters to keep their homes cool. This explains why those who live colder climates tend to prefer houses with narrower shutters and smaller windows.

Another important advantage and beautiful feature of plantation shutters is that they are often designed to be on hinges, which allows them to open fully and to fold. Today's shutters can be custom-made to fit any size or shape of window, making them a wonderful addition to any home.

Plantation shutters are stylish, functional, and protective from the elements. They can add value and a touch of timeless elegance to your home. Research your style preferences and take the time to find the right one for your needs.

We bring the showroom to you. Book an in-home consultation today.

Talk to a local expert